A Keeper of the Old Ways, the Old Religion, and the mysteries of the Old Gods


There is a phrase that I learned when I was in high school. I’m fairly certain it was introduced to me through one of my teachers, but I can’t say which one exactly. It is: Preventative maintenance is better than crisis management.

I’m not talking about that sort of situation; that has its own format for being handled (future topic). I’m talking about when we hem and haw, we hesitate, and we bounce from one uncertain thing to another because we don’t possess the conviction of our conscience.

There will be times when even the most resolute of persons will show this behavior. That doesn’t mean that one is bad or weak for doing so, but it is not the ideal personality trait one would hope for in someone who seeks to bend forces to one’s will and forge one’s own destiny through acts of magic.

Essentially: Witches need to man-or-woman-up and do what needs to be done. Witches are not people who are afraid to act. Magic is powered by WILL. If you don’t have a strong Will, then you shouldn’t mess with magic.

This does NOT mean that I’m advocating violence or harm or anything uncalled for. Your moral and ethical convictions should not rest entirely on your willingness to do something. You need to have a clear moral and ethical compass before you even approach the sphere of using magic (but that’s another topic for another time). I’m just going to assume that at this point in the game, you have your own idea of how to tell right from wrong and hopefully, it’s not completely out of balance or you’re in for another set of issues and problems (again, another topic for another time). I’m saying that if you want to use magic for something, it MUST be operating in alignment with mundane or material actions and surroundings to have the best effect.

If you’ve read about magic for any length of time, you’ve heard the example of: it doesn’t do you any good to do a spell to get a better job if you aren’t polishing your resume and submitting applications.

That’s a very simplistic way to show this principle, and unfortunately for those who don’t really understand how magic works, it remains an excuse not to believe it’s real.

“Well, duh. But if you’re putting in applications and submitting resumes, why bother with doing magic? It’s just a psychological game you’re playing with yourself.”

For some people, that’s probably the case. Those who think magic is just psychology or wishful thinking, or that a spell is the same thing as a prayer (hint: it’s NOT! Another topic — wow, when Mercury goes direct for me, it really goes direct. Yay Gemini!) will approach it as enhanced psychological programming, and if it works for them, they’re happy to accept that it might just all be in their head.

Fine. Whatever helps you to accomplish goals and fulfill your dreams, as long as you aren’t intentionally harming others while you do so, go for it.

Imagine this though, presuming you don’t accept that it’s just all in your head: you find yourself in a situation that feels uncomfortable or you’re faced with a problem and you want to see it resolved. So, as a magical practitioner, you look for a magical solution to help you out.

It seems simple enough. I think we’ve all been there at some point so it’s safe to say it’s a common occurrence, whether you’re a Witch or not. But here’s the caveat— have you clearly made your will known in this situation prior to it reaching this point? If not, you have some untangling to do on the mundane/material level before you throw magic around.

Magic is an energetic force, maybe think of it like electricity. It can be helpful; you can run a television or computer with it, or it can hurt you, like getting a shock from an appliance if you handle it in an unsafe manner. It can also kill you, like with the electric chair.

Imagine you have an electrical cord with no insulation, just wires, and those wires are knotted and kinked. This is your situation when it’s gotten to a point of chaotic drama. Imagine now, that you plug this knotted, kinked, uninsulated cord (your situation) into an industrial-strength socket (source of magical energy).

Now, imagine what the result will be.

Either the person casting the magic isn’t skilled or experienced and the magic will fizzle and fade because it wasn’t raised, focused, and directed properly, so it got caught up in the kinks and maybe gave them a burn if they touched the wire. Or, if they’re especially talented, they start a fire or possibly electrocute themselves because the power moves faster and more powerfully than they’re able to drop the cord after plugging it in.

Neither of which is the intended and desired outcome.

What would have been a wiser course of action is to make sure that the electrical device was kept in good working order before it got to this point of having the cord frayed and twisted —daily meditation and regular devotions. Or, if it had been neglected to this point, ensuring that the cord was at least insulated and free of tangles —magical prep work like divination, prayer, or aura cleansing. Or, if not those options, plugging it into a small battery instead of a wall socket would have helped —just lighting a candle or wearing a charged stone for assistance instead of doing a full-on ceremonial ritual complete with sigils, Enochian invocations, and waving your tools around.

Take care of your situation in the mundane or material plane before and along with trying to work on it in the etheric plane. These two things, the mundane plane and the etheric plane —which are actually one-in-the-same, but for the sake of explaining and understanding it, we divide it into two— operate in tandem. They manifest and inform one another.

You must:
1. Establish your will, be specific about what you desire to have happen and why
2. Weigh the consequences and reach a decision
3. Act on it, through mundane and magical means, if you still even desire to use magic at this point.

If you seek to throw magic at a situation that you have not untangled yourself from, then you are also going to be a target for the magic you put into the situation. I have been asked on different occasions by different people how to get someone out of their lives who is making them miserable. I have said, “Well, have you ended all ties and connections with this person? If not, then using magic isn’t going to help and it will make the tangles harder. You have to put your will, your determination, into play. Then magic can work for you.”

One thought on “Handling Life’s Problems with Witchcraft”

You are welcome to get in touch with me via email at ladyserpent9@gmail.com I'm happy to answer questions or just chat. Please put something into the subject line so that I don't dismiss unfamiliar email as spam, like mentioning my blog "The Keeper's Path".
Follow The Keeper's Path on WordPress.com 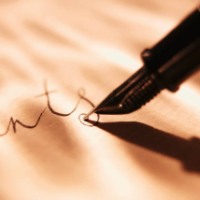 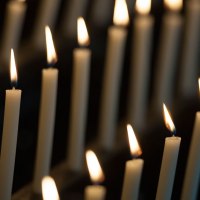 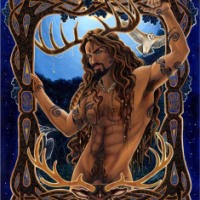 Blogging from A to Z Challenge 2016 Survivor